Understand operating costs of the business

Accounting knowledge for the director

Business expenses are deducted from sales to calculate profit from operations and reflected in the income statement of the enterprise.

The formula for calculating the cost of the business #

Use the following formula to calculate the cost of the business. You will find this information from the business's income statement in the company's financial statement set for the specific accounting period.

From the income statement of a business, you can only see the total cost, but you have to find out what its details include and where it came from to see that your money was. where it flows, whether it is effective or not.

Decode the cost of the business #

These are direct expenses associated with producing finished goods, purchasing goods for sale, or direct expenses for the provision of services, including the following expense items:

2. Operating expenses of the enterprise #

Operating expenses of an enterprise include the following types of expenses:

Fixed costs are those that do not change with an increase or decrease in sales or productivity and must be paid regardless of the operation or performance of the business. For example, a manufacturing enterprise has to pay rent for factory premises, no matter how much it produces or makes.

While it is possible to narrow and reduce the cost of renting your rent, these costs cannot be eliminated and are therefore considered fixed costs. Fixed costs usually include initial investment costs, property insurance, security and installation facilities.

Fixed costs can help achieve economies of scale, because when more of your business costs are fixed, businesses can make more profit per unit because it creates more units. than. In this system, fixed costs are spread evenly across the number of production units, making production more efficient as production increases by reducing the average variable cost per unit of production. Economic scale can allow large businesses to sell similar goods to smaller businesses at lower prices.

Economies of scale-based may be limited in that fixed costs often need to increase with certain standards in production growth. For example, a manufacturing enterprise that increases production rates over a defined period will eventually reach the point where it is necessary to increase the size of the factory space to accommodate the increase in product output.

Typically, firms with a high ratio of variable costs to fixed costs are considered to be less volatile, as their profits depend more on sales. Except for manufacturing and transport enterprises that have large fixed investment costs, most of the trading, construction and service businesses have high variable rates. However, this is changing in the competitive environment and the application of information technology has led these businesses to invest more in fixed costs to easily expand and control the quality of supply. .

In addition to fixed and variable costs, a firm's operating costs can also be considered selling variable costs (or selling fixed costs ”).

An example of variable selling costs is overtime pay. Regular salaries for workers are often considered as fixed costs, because while businesses can reduce the number of workers and their paid working hours, they will always need a minimum workforce to operate. dynamic. Overtime payments are often referred to as variable costs, because the overtime a business pays its workers will often increase as production increases and declines as production declines. When wages are paid with overtime pay, the recognition wage is both fixed and variable and is therefore considered variable selling expenses.

Cost management solutions should be considered by the business #

There are many online software systems and programs that can automate and streamline your business operations. These systems may cover a wide range of components, including accounting, payroll, marketing communications, customer interaction and management, service quality control and customer care, sale projections and operating budget estimates etc.

Technology is very useful because it promotes efficiency. The result of efficiency is reduced operating costs in areas where traditional managers often use direct labor as a habit. Technology works faster than people with fewer errors. Technology can also improve the efficiency of supply chain processes, looking for ways to reduce things like material costs.

To choose the type of technology or software service that's right for you, ask yourself the following questions:

Your answers to these questions will give you a clear indication of the task or subject area that you should use technology for.

Another option to improve efficiency is to outsource certain businesses to a third party expert. For example, if you have no background in accounting or tax laws, you may find it difficult to identify ways to manage your finances, or you cannot reduce taxes. Clearly trained experts in this field can assist you.

While it may seem like hiring an external provider will result in spending more money, in the long run, assigning specific tasks to experts in that field will save you money and create results. Better, because you can't train an expert on your own, it's hard to afford a real expert, while only the specialist can advise you on the best in each field.

Outsourcing certain activities is an investment in which you pay dividends gradually over time.

3. Find better prices for the same product or service #

If you work with suppliers often, you may want to set up a bidding rating system for your purchases. If you ask different suppliers to offer you the price, then you will choose the best price.

Make sure you specify the specification of the full product / service, the correct scope of work to request a quote for suppliers to bid, because information about your request is missing or when You add the complexity will significantly change the price.

Having an accurate quote can allow you to better plan for expected operating expenses.

4. Change the way of communication in the business #

Renting an office, paying utility costs and managing a physical office can cost you a lot of money. Consider allowing your team to work remotely as a way to reduce overall costs.

Given the number of connections available today, the difference between an employee sitting in the office and sitting at home is almost imperceptible. Employees will often find this advantage because they can cut their travel time and costs.

To determine the cost and time loss of physical interaction face to face, do the following two things:

5. Identify areas of your business that are ineffective #

You should always find ways to make your business more efficient. By tightening your processes and procedures, you can reduce waste of money and time.

Encourage your staff to identify inefficiencies and suggest solutions to problems. Consider providing an incentive for employees to do so. Again, you can consider this as an investment in your company. A small reward for an employee that can ultimately save you hundreds of millions of dong.

Check your fee list and identify services you are no longer using. If you haven't used them for a few months, look for a cheaper package or consider canceling them completely.

The potential cost of the business is huge, you usually put it on a fixed schedule and assume that it is an expense that you have to pay.

Use the corresponding Cost - Income report form (Not the expense - income statement of the company-wide financial statements) for each individual or department of the business, this will work for each department. No cost saving department

For example: When you look at the Sales - Earnings report of a salesperson, you see the costs of travel, telephone, and receptions incurred for 10 potential customers, but 10 potential customers. If there is no purchase, or a low purchase rate, or a small purchase value, then this is the area where you need to deal immediately with the efficiency of spending compared to the results generated. out, otherwise known as the Expense - Income Report.

Please note Are you adopting a management style that only tracks business expenses and income without looking at the details? If so, now is the time to change that. As your business grows, it will become more and more important to understand things like operating costs. Operating expenses allow you to have an insight into how your expenses affect your bottom line, helping you to improve your financial health. Once you understand your costs, you can use the 7 methods we've provided to start cutting your costs and increasing profits. 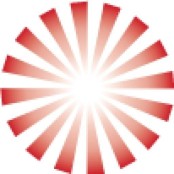 Useful articles for you?

To receive the fastest quotation, please complete correctly and complete the information below:

To receive our Profile via Email, please enter the correct and complete information below: